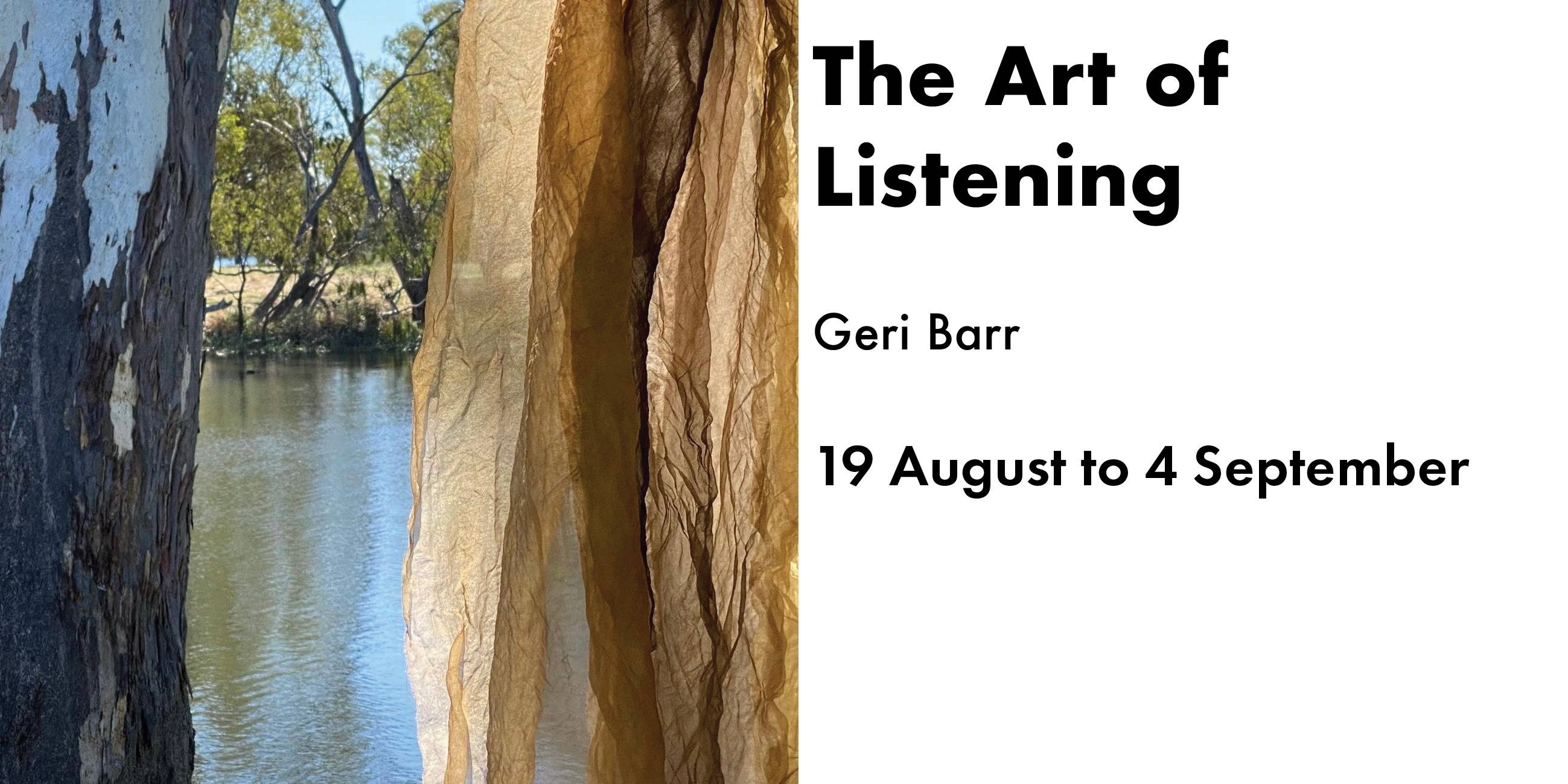 In her immersive, research based art practice, Geri Barr is creating a body of work which attempts to express
the act of listening to Australia using the iconic eucalyptus as a starting point. Having an interdisciplinary
approach to her work, Geri utilises photography, drawing, painting and textiles to express ideas and in this case,
the experience of the concept of listening. Of the textile installations, Geri says the purpose of her work is to
slow down and listen, with the three part process of collecting, dyeing, and hand stitching being purposefully
quiet and still, reflecting the listening experience. The residency at Tactile Arts will allow time for exploration
and experimentation of various media and most importantly thinking and contemplation time which is often
difficult to find.

After completing the ‘Down South’ region of the project, ‘Listen, hear. The Art of Listening’, Geri has moved to
Darwin to work on the northern region of this series. A deep love of the Australian bush and wishing to learn
more about Australia is driving this project. The evocative eucalyptus smell from the dye vat of eucalyptus
leaves imbues each piece with a strong sense of place and the resulting natural colours on silk of gold, tan, deep
brown and ochre showcase Australia’s native trees and the colours hidden within.

During her residency at Tactile Arts, Geri will identify gum trees endemic to the Top End, gather plant material to
use in natural and non-toxic dyeing of cloth from which she creates large scale installations to be shown at her
solo show in August. While in Darwin on Larrakia Country Geri will seek permission from the traditional owners
to collect eucalyptus dye material.

Seeking traditional owners permission wherever in Australia she is working on this project is one of the key
intentions and the core concept to demonstrate respect and listening. “I cannot learn about Australia through
eucalypts without also learning about the specific Country and Indigenous people connected to that land
and the endemic gum trees they live with. The two are intrinsically connected, geographically, historically and
culturally, and offer a greater awareness and understanding which is personally very enriching.”