Join Tactile Arts at the Darwin Railway Club on Saturday, 4 September from 7pm for a fabulous night of live music, hilarious comedy and a silent auction.

The night will be MC’d by Tactile Arts very own funny man, Will Crawford, and will feature entertainment from an exceptional line-up including singer-songwriter Lena Kellie, and comedians Oliver Twist, Danielle Andrews, Nicole Stevens, Kelly Gulliver, Eve Lynch and Teghan Hughes.

Just some of the auction items up for grabs will be:

Plus much more on the night!

All proceeds raised will go towards supporting artists and crafts practitioners in the Top End of the Northern Territory.

BOOK TICKETS NOW
FACEBOOK EVENT
Find out more about the line up...
Will Crawford

Will Crawford is an acclaimed one liner and storytelling comedian/MC, actor and sketch comedian based in Darwin.

Will began his comedy journey as a small person impersonating anyone who walked into his house. He got his start in sketch comedy and from 1998-2001 wrote and performed in 4 Melbourne International Comedy Festival sketch comedy shows and wrote for Channel 31 sketch comedy show, The Intermissionary Position. Will has devoted the last 5 years to refining his stand up skills. He is the author of the Comic's Corner column in Off The Leash magazine. Will is a passionate storyteller and writer who likes to put a satirical mirror up to society.

His off-beat and innovative stand up comedy has won many fans. He was a NT finalist in Raw Comedy in 2020, 2018 and 2017. He won the Darwin Comedy Cup in 2019 and toured his sell out solo show Walking the Dog to Melbourne's Motley Bauhaus in 2019. He produced and performed in the 2020 Darwin Fringe show Raw, Ready and a Little Unsteady. He also co-produced and performed in Ebony and Ivory concern series in Darwin. Will is touring this show with Shalom Kaa and Richard Fejo to Adelaide Fringe in March 2021. While in July 2021, Will will be performing his new solo show, the Naughty Lawyer, at the 2021 Darwin Fringe Festival.

Will is a talented character actor and comic actor. In 2018, he performed the role of Bamberger in the Tom Stoppard play Black Comedy, the role of Pablo in the 2017 production of the Sam Shepherd play Suicide in B Flat and has appeared numerous character comedy pieces in cabaret shows in Darwin.

Oliver Twist
Rwandan Comedian, Oliver Twist, fresh from his sell out Darwin Festival show, Griot. From Malawi to Australia, this whip-smart, wise cracking stand up finds humour in everything. Nothing and no one is exempt from his jokes – from ISIS to protests to ex-girlfriends.

Lena Kellie
A keen singer/songwriter of Wadjigan/Larrakian descent, Lena began composing music and performing from a young age, before moving to Melbourne to complete a degree in Contemporary Music at the Australian Institute of Music. Since participating in Bush Bands Bash 2019, Lena has also successfully applied for SUGARRUSH Music's Big Sky Girls music development program, travelling to Brisbane for a week of workshops and training, and has booked several gigs around the Top End. Lena is currently working as a composition and performance mentor for Indigenous females in MusicNT's Saltwater Divas program.
Danielle Andrews
Danielle Andrews is a Comedian/Writer/Actress in Darwin. She is also Darwin's number one Cher impersonator. After exploding on to the Darwin Comedy Scene in 2007 Danielle has jumped from strength to strength. As a founding member of Top End Comedy and she's a regular on the Darwin comedy circuit.
Nicole Stevens
Nicole Stevens is an up-front and insightful Darwin comedian with a rapid-fire wit. Her view on the world is both confronting and incisive, expect a spectacular poking fun at reality with a good dose of ridiculousness.
Kelly Gulliver: Kelly Gulliver - Raw Comedy NT Winner 2020 and National Finalist. Kelly is a talented comedian, acclaimed poet and astute financial counsellor.
Eve Lynch
2021 Raw Comedy NT Finalist EVE Lynch is new to comedy but is already making a name for herself in the Darwin comedy scene with recent gigs at the Fringe of the Fringe Comedy Festival, Lucky Bat Laughs. A masterful storyteller and a real star on the rise.
Teghan Hughes
2021 and 2020 Raw Comedy NT Finalist and a comedy veteran after 2 years on circuit. A really multitalented slashie: A talented singer songwriter/ rhythm guitarist/ comedian/music producer and radio personality 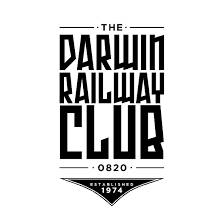